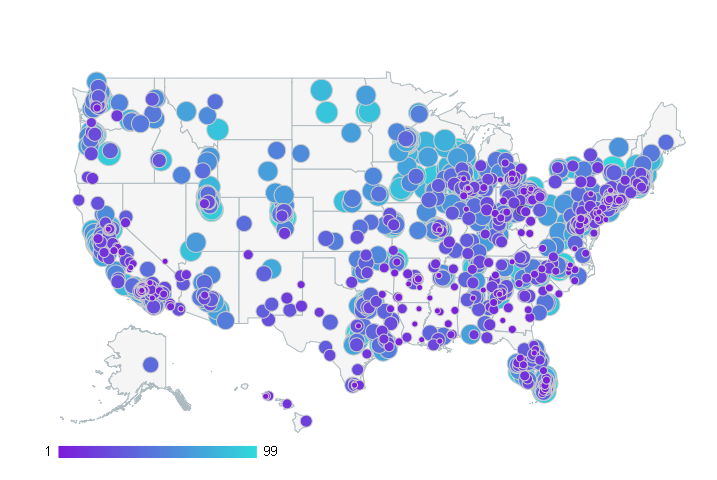 Urbanization might be the trend for much of the population, but not everyone craves the bright lights and crowded spaces of the big metropolis. For those who appreciate more wiggle room, fewer degrees of separation and shorter commutes, small-city life can be tough to beat. And those are just a few of its advantages. Granted, these little urban areas demand some tradeoffs, too, such as fewer restaurant options or shorter business hours.

But one of the best perks of living in a city with a relatively smaller population? Affordability. According to the Economic Policy Institute, the cost of living for a two-parent, two-child family in Hanford, California, for instance, would be nearly 1 percent less than the median U.S. household budget of $5,312, compared with 44 percent more for the same family in San Francisco. Even with a lighter wallet, anyone can enjoy a comparable, or even better, quality of life for much less in a cozy place like Hanford.