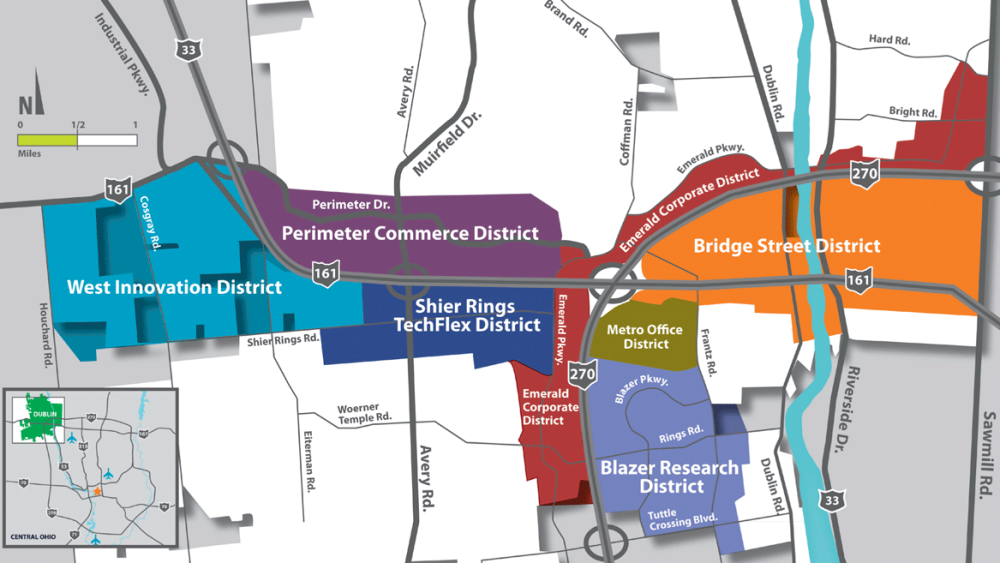 Dublin, Ohio, USA – Last night Dublin City Council approved the purchase of 23.75 acres of land owned by Nationwide Mutual Insurance for $2 million for future economic development opportunities. The property, at the northwest corner of Frantz and Rings Roads and south and east of Paul Blazer Parkway, is a strategic site for future development and revitalization of the Frantz Road office corridor. Council will also consider the purchase of an additional 74 acres of land at 6600 Shier Rings Road as a future shovel-ready development site in the City’s West Innovation District.

“Land is a valuable asset for business attraction and retention – and has served the City of Dublin well as an economic development incentive tool,” said Dublin’s Development Director Donna Goss. “Land enticed Ohio University to locate its Central Ohio campus and medical school in Dublin. Land also was a decision making factor for Amazon Web Services choosing Dublin as a site for more than 1 million square feet of data and office space. Both land deals contributed to the creation of hundreds of new jobs, office spaces and taxable real estate.”

But according to Dublin’s Development Director Donna Goss, the City has depleted its stock of shovel-ready sites and has limited capabilities to entice new business development to the area.

The City would purchase the 74 aces at 6600 Rings Road from Jon P. Riegle, Trustee of Robert Rings, for $5.9 million. Riegle has agreed to donate $1 million within seven years after the purchase to the City of Dublin for the development of new cultural arts opportunities.

Goss says this land represents one of the largest undeveloped parcels with established highway frontage in the West Innovation District.

“Given the opportunity to acquire this strategic property at a reduced cost, the City will be well positioned to realize a positive return on investment through market appreciation over time as developable land becomes scarce,” added Goss.

Council will vote on the Rings Road land deal at the February 22 Council Meeting.