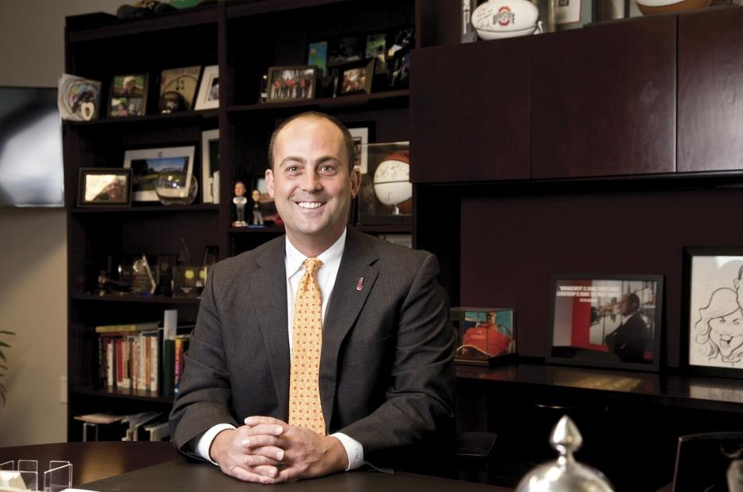 The InnoSource CEO isn’t satisfied with just leading a growing staffing and outsourcing company. He also aspires to be an “urban statesman.”

The unexpected call changed the direction of Chad Delligatti’s career. In 2000, just after graduating with an MBA from the University of Dayton, Delligatti was contacted by a former customer of his middle and high school business, CD’s Lawn Care. Though Delligatti was hoping to get a job with a large, well-established company, his former client—an employee at a small 8-month-old firm— remembered Delligatti’s teenage entrepreneurial bent and encouraged him to consider the startup world.

After interviewing with that company, Delligatti took his now-wife, Adrienne, to meet his parents in Granville. Standing over the grill with his dad and girlfriend, he weighed his options. Should he go with the upstart, InnoSource, a staffing and outsourcing agency in Dublin, or pursue a Fortune 500 path? Both Adrienne and his father encouraged him to go the smaller route.

That turned out to be wise advice. InnoSource has experienced rapid growth, and Delligatti has moved up the executive ranks, becoming president of the business in his late 20s. And during an era of employment volatility, Delligatti hopes to spend his entire career with InnoSource, his first job out of college. “My big dream is to finish InnoSource off to be the best company and leave it in great hands to continue to run forever,” he says.