Thousands of jobs retained in the region

Dublin, OH – Dublin City Council unanimously approved an Economic Development Agreement with Cardinal Health to consolidate and relocate approximately 2,000 Cardinal Health employees and contractors currently located in four other Dublin locations to 5100 Rings Road for a 12-year lease. The 400,000 square foot building is currently occupied by Nationwide. Its lease expires in mid-2017, and the Nationwide announced in 2014 that it is relocating its Dublin employees to downtown Columbus and Grandview Yard locations

Dublin has proposed to build approximately 750 additional parking spaces on10 adjacent acres to accommodate Cardinal Health’s continued growth. The City acquired the adjacent 24-acres for $2 million from Nationwide earlier this month. Cardinal Health plans to relocate employees to the Rings Road location by the first half of 2018.

Council also unanimously approved incentives for Pet People, LLC, to relocate and expand their corporate headquarters to Dublin. Pet People, a natural foods and high quality supplies retail store for dogs and cats has 28 locations in Ohio, Pennsylvania, Michigan and Illinois and with plans to expand to North Carolina.

Pet People had outgrown their corporate headquarters in Hilliard and conducted a competitive real estate search in other central Ohio communities. The Economic Development Agreement is a three-year, 10% performance incentive for the relocation of 24 jobs and the creation of 10 new jobs by the end of 2021. Pet People is required to sign a minimum five-year lease for a location in Dublin. Pet People will also utilize a $15,000 location grant to offset moving costs.

A Community Entertainment District is a tool to facilitate the establishment of restaurants, retail and other entertainment/cultural/arts facilities in a defined development or redevelopment area. A community entertainment district also creates a new “pool” of liquor permits that can only be used within the defined area. See areas below. 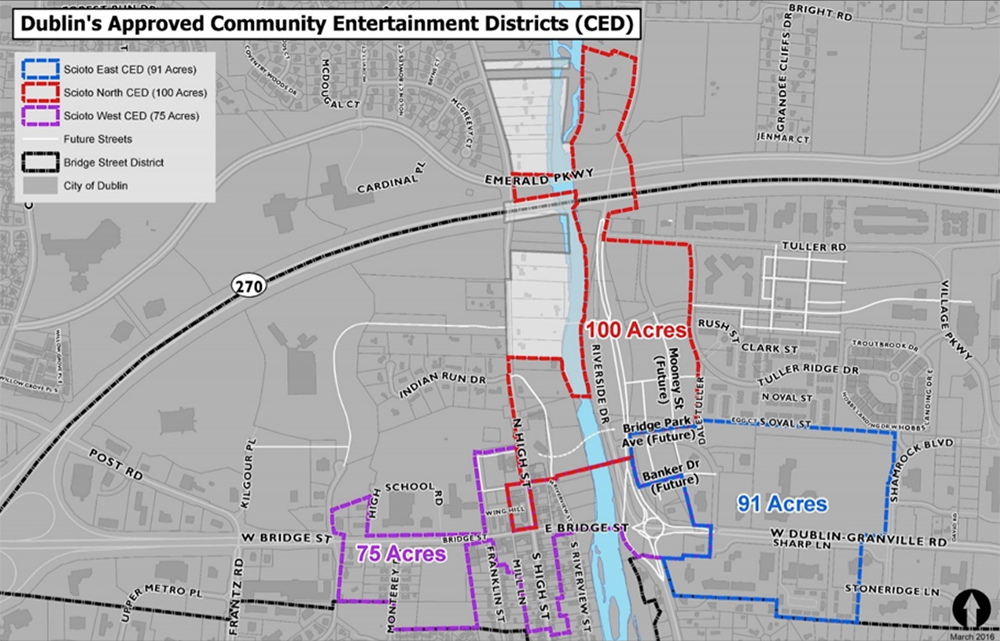