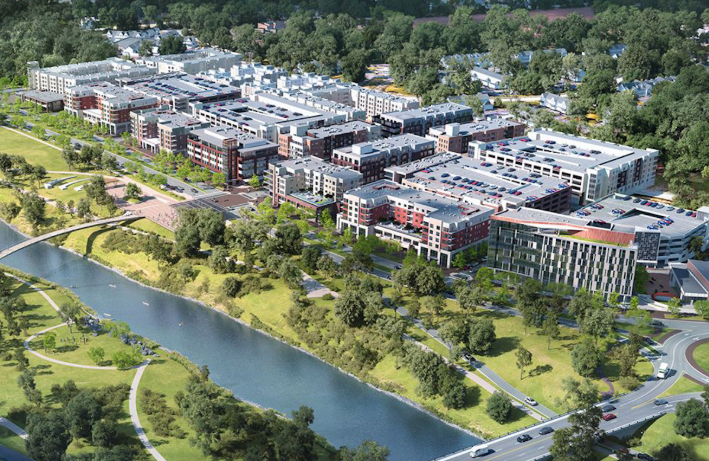 North America is a suburban continent with an urban population. What do I mean by that? Some facts:

In response to trends like these, the top-ranked suburban city of Dublin, Ohio began in the early 2000s to see its class A office parks, shopping centers and high-end subdivisions lose their appeal. Less than four decades after beginning to grow, Dublin was feeling its age. The solution lay in a history of “staying ahead of the economic development curve” and anticipating change. Dublin had two distinct incentives going in: rapid growth of high-wage knowledge industries there had funded a high level of public services—like the Dublin Recreation Center—and a strong housing market. The city manager made the case to the city council that Dublin needed to adapt if it wanted to hold onto to these jobs and protect its housing market. Together the manager and council launched a year-long visioning process of workshops, lectures, and charrettes to build community awareness and then support for creating a new “walkable, higher density, mixed-use” downtown.