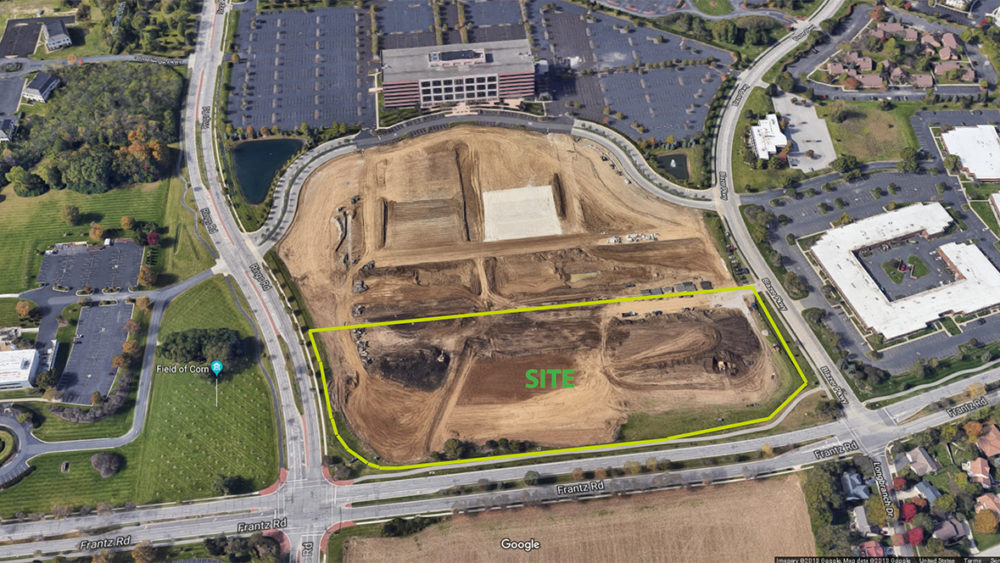 The City of Dublin, Ohio (City) Department of Development is pleased to accept statements of interest to collaborate on the development of the City-owned parcel of land known as the “Frantz Road/Rings Road Site,” located on the west side of Frantz Road, north of Rings Road, and south of Blazer Parkway (PID 273-010749).

The goal of this process is to identify the development partner or team possessing the vision, experience, and financial resources to carry out a development of this scope and which is best suited to work collaboratively with the City to create and execute a development plan for the site that accomplishes the goals of the City and its residents and corporate citizens.

Following a review of the RFQ responses, the City will accept development proposals from selected, qualifying developers/development teams. Projects may include (but are not limited to) restaurant, retail, services, office, and related uses consistent with the land uses recommended in the draft Dublin
Corporate Area Plan (Appendix C).

Please review this RFQ carefully, along with the policy goals stated in the draft Dublin Corporate Area Plan that should guide development of this property. Questions should be directed to Rachel
Ray, AICP, Economic Development Administrator, rray@dublin.oh.us.

About the City of Dublin, Ohio

The City of Dublin is a suburb located on the northwest side of Columbus. The economic activity generated from the community’s 4,300+ companies comprises approximately 7.2%
of Columbus’ $111.7 billion gross metropolitan product – more than any other community in the Columbus Region outside of Columbus proper. In addition to its resident population of approximately 47,000, Dublin’s daytime population nearly doubles to over 70,000, with corporate payrolls exceeding $4.5 billion in 2016. And with nearly 14 million square feet of commercial building stock housed within 24 square miles (which is about half as much commercial development as Downtown Columbus), Dublin is well equipped to continue generating the income tax revenue necessary to sustain the community’s exceptionally high quality of life.

Dublin has long been recognized as a premier community, not only locally, but also internationally. Home to Ohio’s largest corporation, Cardinal Health – 21 on the Fortune 500 list, Dublin also is the headquarters of the Wendy’s Company, IGS, and OCLC. Dublin is also known as a leader in municipal innovations, including tax increment financing, Dublink broadband and green initiatives. Dublin is consistently ranked one of the safest cities in the nation and in 2015 was named one of America’s Top Creative Class Cities.

And by electronic submission to:
rray@dublin.oh.us