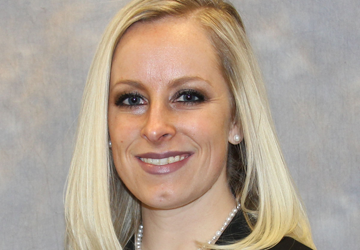 “Rachel’s project management experience and in-depth knowledge of the City’s land use policies, approval procedures, and regulatory environment give her an excellent foundation as an Economic Development Administrator,” said Gilger. “She is passionate about creating and sustaining great places and understands the relationship among economic vitality, thoughtful planning and cultivating relationships – all keys to successful business retention and attraction.”

Ray is a graduate of The Ohio State University with a Masters of City and Regional Planning with Distinction and a B.A. in History.

She is a member of the American Planning Association, Urban Land Institute, Toast Masters International and is a 2013 Leadership Dublin graduate.