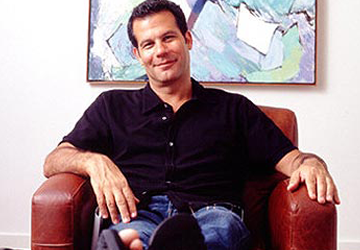 Richard Florida, one of the world’s leading public intellectuals on economic competitiveness, demographic trends, and cultural and technological innovation, and the author of the award-winning The Rise of the Creative Class, recently rated and ranked America’s Top 20 Creative Class Cities listing Dublin, Ohio at #13.

Florida says the creative class is made up of more than 40 million workers—a third of the U.S. workforce—and its ranks are composed of high-paid knowledge workers in fields like science and tech; arts, culture, media and entertainment; business and management; and healthcare and education.

“It’s not surprising to be ranked among the top 20 U.S. creative class cities with Fortune 22 Cardinal Health, OCLC and hundreds of healthcare and technology companies located in Dublin,” said Economic Development Director Colleen Gilger. “We have a highly educated workforce and expanding healthcare, bioscience, IT and research sectors here. And Athens, Ohio-based Ohio University Heritage College of Osteopathic Medicine’s recent decision to build a central Ohio campus in Dublin further expands our healthcare and education opportunities and partnerships.”

The table below lists the top 20 creative class cities across the U.S.

Richard Florida, an urban studies theorist, is the author of several global best sellers, including the award-winning The Rise of the Creative Class (“one of the best business books of all time”—800-CEO-READ), and is a senior editor for The Atlantic, where he co-founded and serves as Editor-at-Large for Atlantic Cities, the world’s leading media site devoted to cities and urban affairs.