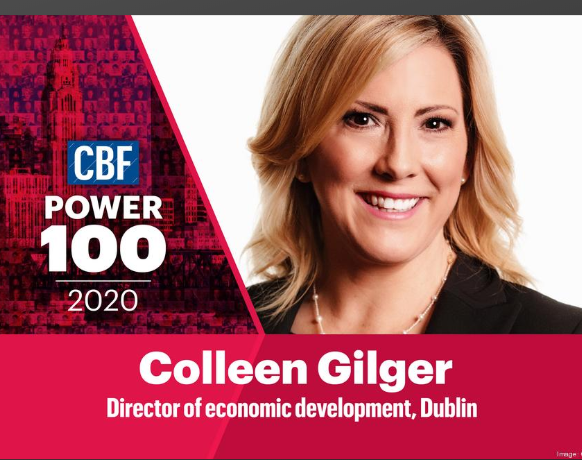 Gilger Named One of Columbus’ Most Influential Leaders

Columbus Business First is identifying the 100 people making the most impact on the region, and Dublin Economic Development Director Colleen Gilger is on the list!

With Dublin for two decades, Colleen Gilger has pursued a strategy of diversifying development and industries in the city – exemplified by Bridge Park, a 30-acre mixed-use neighborhood bringing high-paying jobs, housing density and visitor-attracting restaurants and destinations. Coupled with expansions from existing companies like Cardinal Health and United Healthcare, Dublin continues to grow its tax base and its stature as one Central Ohio’s prime places for growing business. It remains the second-largest office market in the region behind Columbus. Income taxes were estimated at $86.5 million last year, a slight dip from the record $93 million in 2019.